Note: Todays session in an “old school” CrossFit workout circa 2002. The Single Leg Squat (AKA “Pistol”) is a super demanding gymnastics skill. If this skill is not within your capacity today, substitute the Ketlebell Goblet Squat. 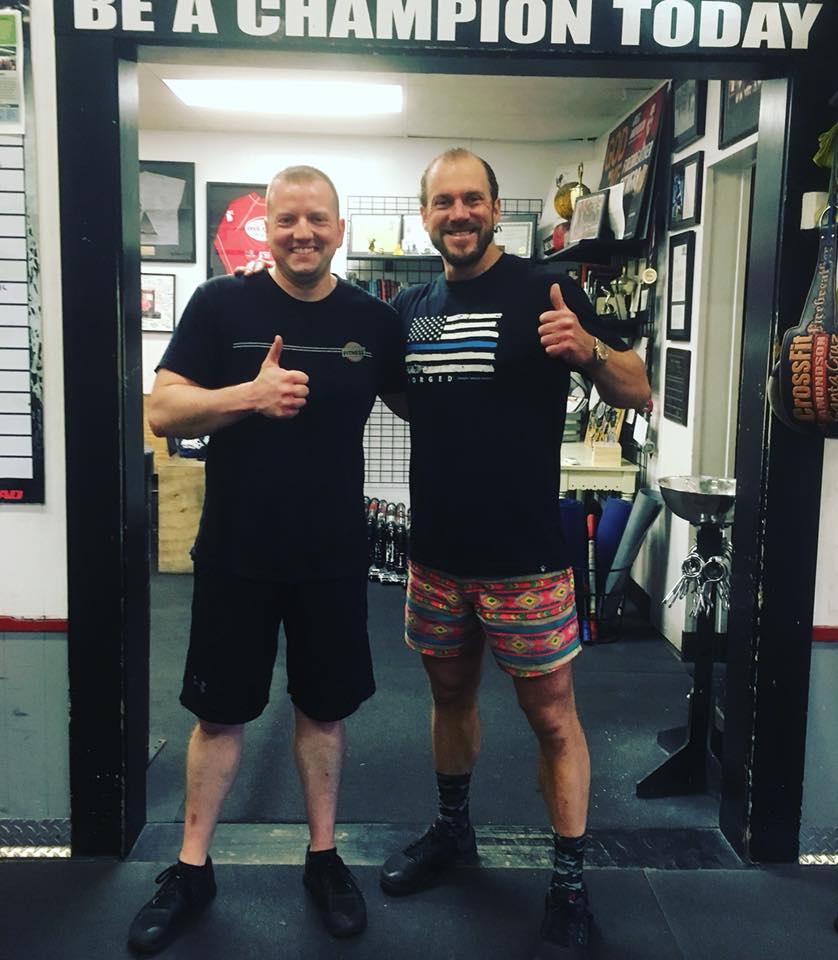 Jason is Athlete Of The Month!

Congratulations to Jason who was recognized as Athlete Of The Month at CrossFit Amundson. Jason is a super-star athlete whose progress over the past several months has been absolutely inspiring to behold. Jason embodies the character qualities of perseverance, determination and faith, and has used the context of the gym to take these qualities to the next level. Jason is now frequently seen at the front of the pack and with “Rx’d” next to his name on the whiteboard. The joke between Jason and Coach is that when he started, the foundational “CrossFit Squat” was nearly a the limit of his capacity. Fast forward several months, and now Jason commands not just the gymnastic squat, but all associated Barbell squatting techniques as well. Perhaps most inspiring and meaningful for Jason has been his incredible improvement in running speed and endurance. He took his “Big Loop” time from nearly 10 minutes to a recent Personal Record of 6:10. As a Navy security forces officer, his running capacity is of the utmost importance, and the hard work has paid off on his physical fitness testing scores. Best of all, this guy has a constant smile on his face, and word of encouragement for his fellow athletes. You can find Jason at CrossFit, Bag Class, Krav Maga and Yoga! Congratulations Jason on all your success, both inside and outside the gym. Ossssss