A rugged old-time cowboy was asked by a young ranch-hand what it took to become a real cowboy. The cowboy paused for a moment, and cast his eyes across the vast open prairie in front of him.

“Well son” the Cowboy said, “I guess it takes the wisdom of the Hereford cows.” 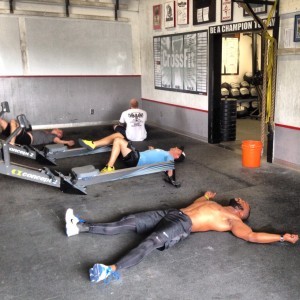 In the maelstrom of natures violence, most cattle would turn their backs to the icy blasts and slowly drift downwind, mile upon mile. Finally, intercepted by a fence-boundry line, they would pile up against the barrier and die by the hundreds.

But Hereford cows acted differently. They would head into the wind and stand shoulder-to-shoulder facing the storms blast.

“You see son, I most always found the Hereford cows alive and well after a storm.” said the old Cowboy. “I guess that’s the secret to life on the ranch – sometimes, you just gotta’ face life’s storms.”