In my experience as both a CrossFit Athlete and Coach, I have concluded that what I call “positive-tense communication” is paramount in achieving the full potential of human work capacity, success and happiness. Simply stated, we must learn to be an effective communicator. A Warrior of Light knows their intention during communication matters little in comparison to the effect their words have on others.

The significance of this lesson was most apparent to me during my 2011 attempt at running one-hundred miles in twenty-four hours. At the halfway point, I was joined by a Coach and pace-runner who immediately said to me, “Don’t think about it, but the next fifty miles will be the hardest yet.”

We are all students in the sport of life. This Coach had no way of knowing the emotional state I was in and had the best intentions with the comment. However, on the receiving end of this bit of advice, I was left emotionally and mentally devastated. My first self-talk thought was, “This is about to get a lot harder.”

Moments after the incident took place, I was joined by my former wife who, having overheard the previous comment, loudly exclaimed, “Baby, you’re gonna fly through these next few miles!” My mental and emotional state changed in an instant, and I felt a surge of strength that replaced the weakness of only a moment before. My subconscious mind heard “fly” and “few miles.” The result was positive self-talk that sounded like, “Just a few more miles. I’m gonna fly!” 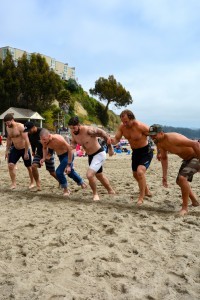 When speaking with your loved ones and friends, develop the ability to communicate what you do want, rather than what you don’t. By focusing our life force on what we desire, we active the powerful Law of Attraction. Be remaining faithful and diligent in how we communicate with the Universe, we will attract what we desire.

We can practice this principle in the gym when communicating with each other: For example, in the gym, a Coach quickly discovers telling an Athlete to, “Maintain your lumbar curve” is more effective than, “You’re rounding your back.” The exact same type of specific and positive-tense communication will also work in intimate relationships. For example, rather than telling your loved one, “You never listen to me,” help them understand your position in the positive-tense by saying, “I feel so close to you when you hear where I’m coming from.” In all forms of communication, choosing positive language leads to positive results.

Legendary fight trainer and coach John Hackleman taught me the significance of essentially scripting athletes’ self-talk for them. In his extensive coaching experience, John has had the awesome responsibility of providing advice, support and positive reinforcement to top mixed-martial-arts fighters such as former Ultimate Fighting Championship (UFC) light-heavyweight champion Chuck Liddell; he did this all during the one-minute break between rounds of UFC bouts. John explained to me that no matter what unfolded during the fight up until that point, he would tell the fighter such statements as, “You look strong!” and “Your punching is powerful!” The focus and word choice always remained in the positive-tense. John said, “I would never say to my fighter, ‘You’re not tired!’ or ‘You don’t feel tired!’ because that would almost guarantee my fighter would walk back into the cage thinking, ‘I’m tired’ instead of thinking something more productive and positive.”

Learn to Speak a Language of Positive Expectancy.

This is the Way of a Warrior of Light.